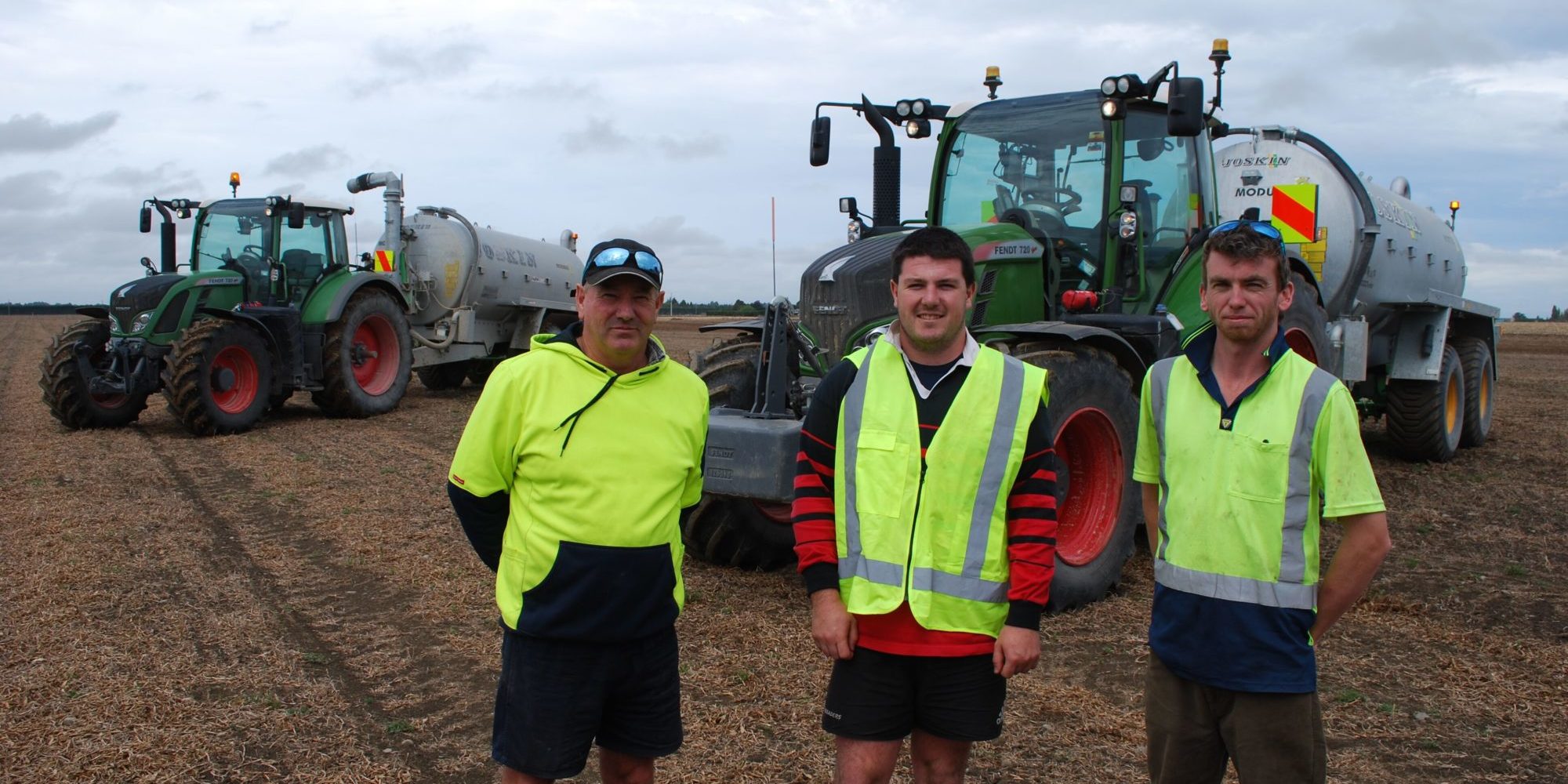 After nearly three decades, mid-Canterbury contractor Neil Baxter has given up his balers and now runs three Joskin slurry tankers to cart milk waste and whey from the Fonterra factory in Darfield.

Neil and his wife Raewyn run Baxter Ag Ltd from their home in Sheffield. The contracting business does cultivation, effluent removal and spreading.

Neil has a long history in baling and at one stage he ran five balers.

“We had been baling for 27 years but I finally earned enough to be able to give up,” he says. “We felt that we had been there and done that.”

Neil and Raewyn purchased their first slurry tanker, a Joskin Komfort 12,000-litre tanker with a 4.2m solo disc injector, six years ago and began a contract with Fonterra to remove the milk waste from its factory at Darfield.

“We had been doing that for six years and then last year they commissioned their cream cheese plant in Darfield,” Neil says.

“To remove the whey, which is the by-product of cream cheese, we needed another two tankers, so we bought two Joskin Modulo 2 WinPac 12,000-litre tankers.

“All three of our Joskin tankers are Komfort models, but the first one I bought is a disc injector. It injects the product into the ground. The other two just run splash plates and spread it on the ground.

“The disc injector is really good for getting the product into the ground and reducing smell. We use it for the milk waste. It isn’t necessary to inject the whey because it doesn’t smell as much.”

Neil and his team run up to 20 loads a day from Fonterra’s Darfield factory when it is in full production.

“It is a lot of product and takes us about an hour to do a round trip. It goes to as many of the local farms as possible and is spread on the land as fertiliser.

“The milk waste is called daf and has a high nitrogen content and we put it on at a spread rate of about 100 kg per hectare of nitrogen. The whey is 60 kg per hectare and is suitable for any crops that you don’t do any damage to by travelling over, including grass seed before or after harvest.”

Neil says while the contracts are good for his business, he is completely at the mercy of Fonterra’s production levels.

“There has been lots of issues with the commissioning of the new cream cheese plant. They were shut down for two months during Christmas doing changes and rebuilding. We have no control over Fonterra.”

One of Neil’s biggest issue is that all of the slurry application work is resource consented, and recent changes around waterways have made his job more difficult.

“We couldn’t spread within 200m of any surface water, but they recently changed it to 50m. We started this season with 1500 hectares of consented land but we have had to increase that to 6000 hectares to have the same amount of land available to us to spread.

“It is not hard to find the extra land but the more land you get, the more complicated it gets with more farmers and different crops.

“We are consented to a volume per dairy season that can be applied. With milk waste, we can put on 20 m3 per hectare each season and with whey it is 80 m3.”

Neil says the Joskin slurry tankers are low maintenance, reliable and efficient. The tanker with the injector system is fully ISOBUS controlled.

“It turns on and off at the headland automatically. It won’t allow double application and we have full track and trace on it,” he says.

“We can produce reports saying how many kilograms of nitrogen, sulphur, calcium and phosphate have gone on per hectare. The two cheaper machines have got flow meters on them so we can do proof of application through GPS.”