Heavy soils and contours – no drama for Alpego machinery 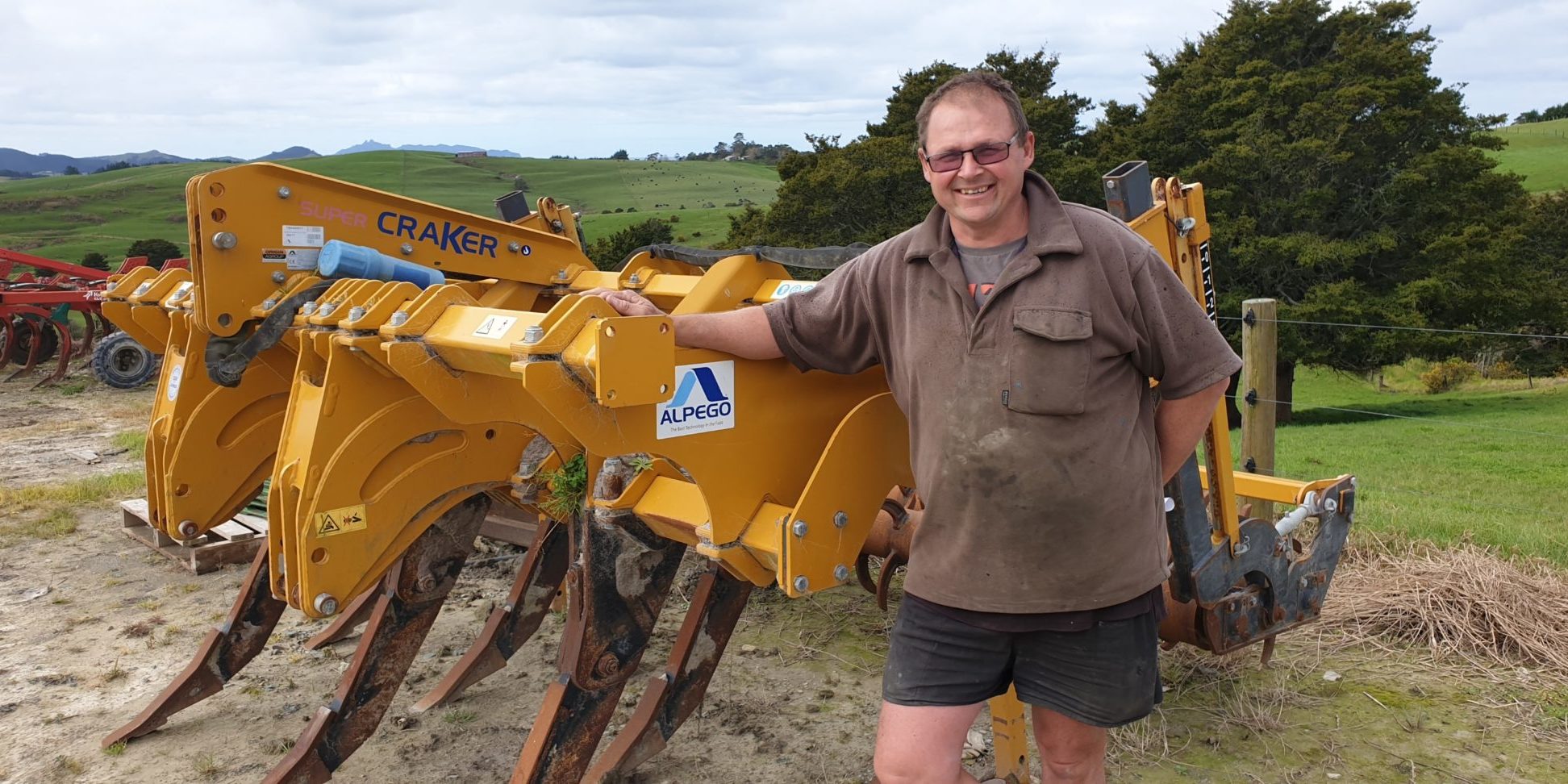 North Auckland contractor Wayne Preston says the strength of his Alpego heavy-duty power harrows and subsoiler are a big asset for his business and a huge bonus on his client’s undulating ground.

Wayne and his wife Nicola’s business; Hilltop Harvesting, is based on the southeast side of Brynderwyn Hills. They offer a range of services including cultivation, seeding, undersowing, roller drilling, round and square baleage, conventional bales and earthworks.

They brought a 6m power harrow Dmax 600 last year and were recently in the process of trading their older DX600 model in for another identical Dmax 600, which arrived early October.

The Dmax is a folding power harrow that is unique in its category thanks to its Twin-Force ball bearings and heavy-duty structure.

It features 1000RPM central drive, supporting legs, and a leveling board on the roller that is independently adjustable. Performance comes from the multispeed lateral gearboxes, a central driveshaft and lateral drive shafts with automatic cam clutch.

Wayne says Alpego is an extremely reliable brand known for its solid and heavy machinery.

“The Dmax power harrow holds the ground well. we have got very heavy soil around here and it is good having a heavy power harrow. It follows the contour very well and each side of the implement is independent of the other”

“They are basically two 3m power harrows joined together. it can go through some pretty undulating ground and will follow it well”

Wayne had no problems with his previous DX500 power harrow, but when it was seven years old, it was time for an upgrade to ensure continued trouble-free operation.

“The Dmax is the heavy-duty model and i am running it on 350HP tractors. the gearbox is rated for 450-500HP. I have had no trouble with it and i get pretty good throughput with it. Last year I did about 350 hours with it” he says.

“The heaviness and strength of Alpego power harrows are the best thing for contracting. You don’t want something too light as the windows you have to work in are quite small. They have to be reliable and they have to do a very good job”.

Wayne has also owned a 3m Alpego KFR Cracker subsoiler and cultivator for two years. he uses it to open up the ground at a depth of 400-600mm before using the power harrow.

In most cases, after spraying out it only takes one pass wit the KFR subsoiler and one pass with the power harrow and he is ready to plant maize.

Alpego’s KFR Cracker subsoiler can penetrate the hardest ground and it leaves a level finish. it has a hydraulically depth-controlled, double spike rear roller that crumbles the soil behind the ripping shanks.

For strength and convenience, it has shear bolt leg protection, replaceable shear points, wear protection plates on the shanks, and angled legs that have a low power demand.

“We use the subsoiler for doing pre-cultivation work and if someone wants us to go in deeper before the power harrow. The only thing I don’t like about it is that its got shear bolts and you are forever changing them. we can put it in full depth with a 350HP tractor, it is easy to pull and does a great job”.

Wayne and Nicola purchased their Alpego machinery from Bryant Tractors in Whangarei, and he says they give him excellent sales support and backup service.