With ‘wireless’ Bogballe, West Coast farmer is saving money and the environment 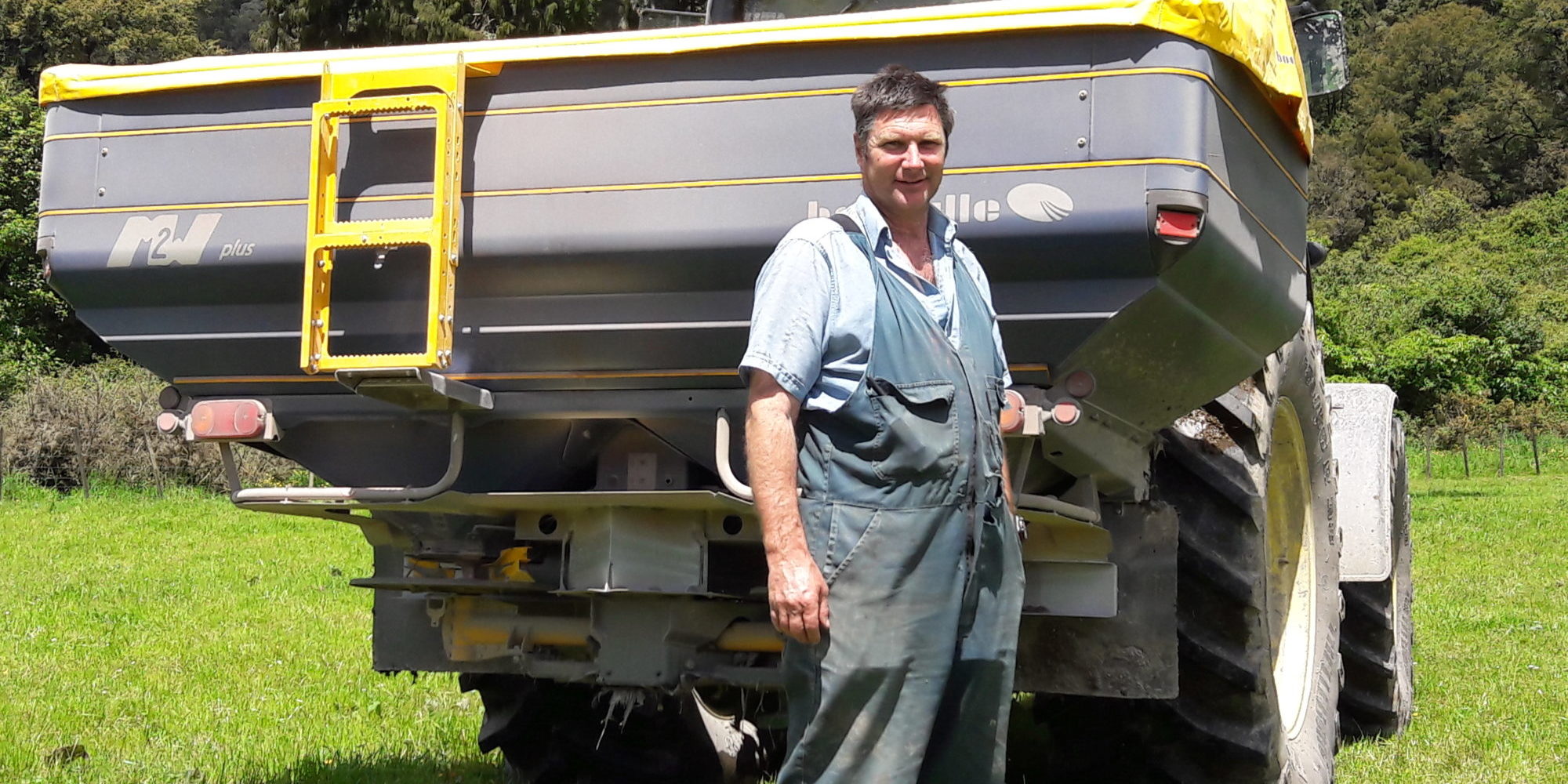 A West Coast dairy farmer believes his new Bogballe M2W spreader will help him do two things all farmers want to do – save money and protect the environment.

Murray Coates and his four employees milk 800 cows on 320 ha of grazing blocks and 200 ha of runoff blocks in the isolated Haupiri Valley.

Murray says he is constantly trying to improve the efficiency of the operation, and he is not afraid to use the latest technology to do so.

When he bought a new John Deere 6155M tractor recently from Drummond and Etheridge in Greymouth, he also asked the sales people about a spreader that would complement the 6 tonne trailed model he runs.

They suggested the Bogballe M2W three-point linkage spreader with a 3000 litre hopper. The M2W can be specified with weigh scales and iZurf GPS controller with Dynamic Section Control spreading.

Murray went for the fully spec’d model. He says while he still has things to learn, using the fully automatic spreader is “child’s play”.

“We have always used GPS, but we have a lot of waterways that we want to look after and we have lots of uneven, irregularly shaped fields that we have to cover,” Murray says.

“Our aim is to improve accuracy and avoid overlaps. The Dynamic Section Control’s automatic shutdown feature is helping us do that.

“The Bogballe cost a bit more than we were intending to pay for a second spreader, but we estimate that we will be able to reduce our fertiliser costs by at least six percent a year so it should pay for itself in a year or two.

“We also want to get our jobs done as quickly as possible and the Bogballe is helping us do that too. We normally spread at 18m widths with but we are spreading at 32m with the Bogballe. It can spread out to 36m and we are working up to that.”

The Bogballe spreader that Murray opted for comes with its own GPS receiver and iZurf wireless communication model.

The GPS system provides automatic headland management and section control, and the iZurf module establishes a wi-fi zone around the spreader. Any android tablet with Bogballe’s GPS app can access the spreader’s control system through the wi-fi and serve as a monitor to operate it.

“With my 16 year old son’s help I got a rugged Samsung tablet and an attachment that mounts it on the windscreen. With the tablet we can control the spreader from the cab or we can take it outside while we are loading and control everything from there.”

Murray says the Bogballe’s ability to provide application records also fits in with how he runs the farm. He monitors his cows weights after they milk and he feeds them individually. He also uses automatic technology for heat detection.

“We can use the iZurf to record what block we have covered, how much we have applied and at what time. We can use that to produce maps and provide proof of placement to the dairy company and the Regional Council.

“Rather than print out a map and physically hand it to them, we can put it in the Cloud and they can download it and print it out whenever they need it.”

There is still more Murray wants to learn about the Bogballe M2W and its iZurf. He says he can use Google Maps to input maps of his entire farm that highlight its waterways and other no-go zones so that the spreader will never apply fertiliser on them. “We want to do best practice and we want to use machines that are accurate and simple and will help us protect the environment. The Bogballe ticked all the boxes,” Murray says.